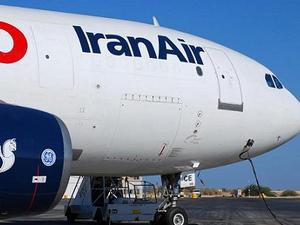 Iran is refusing to refuel some European and Arab airlines at its main international airport in a tit-for-tat move over major oil companies denying fuel to Iranian planes abroad, the airport's chief said Saturday.

"In a reciprocal move, we are not giving fuel to the airlines of countries which do not give fuel to our airlines," he said.

He did not say when the decision was adopted.

Agence France Presse could not immediately confirm which foreign airlines were affected by the decision.

In October, Iran's foreign ministry warned it would "confront" Western companies for refusing to refuel its planes in Europe, which it called a violation of international law.

European authorities and airports have been silent about the reported measures, which are separate to unilateral restrictions the EU imposed soon after the U.N. Security Council adopted a fourth set of sanctions against Tehran in June.

Unilateral sanctions imposed by the United States, however, target gasoline and jet fuel supplies to Iran.

Some airports in the Gulf and southwestern Asia are also reportedly refusing fuel to Iranian airlines, including its flag carrier Iran Air as well as leading private airline Mahan Air.

Iran Air has been under U.S. sanctions since 1995 that have prevented any sale of Boeing or Airbus aircraft or spare parts. As a result, the airline has become one of the most dilapidated airlines in the world.

Mahan Air was put on the U.S. sanctions list in October for allegedly transporting members of Iran's elite Revolutionary Guards, some senior officers of which are on a U.S. travel blacklist.