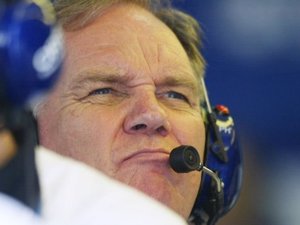 Patrick Head, co-founder of Williams F1 in 1977 with Frank Williams and currently director of engineering, has stepped down from the stable's board of directors.

Head will continue, however, in his role as a board director of Williams Hybrid Power Limited, a subsidiary of the company that develops and produces hybrid technologies.

"Patrick and I have been in partnership for 34 years. During that time, he has been the leader of the technical team that has won the majority of our race wins and championships," said Frank Williams.

"This is a remarkable legacy and one which will be treasured and definitely not forgotten."