Olympics at Risk from Shadowy Fixers 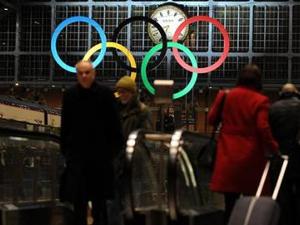 Fixing now poses the biggest threat to the integrity of the Olympics, the British minister for the 2012 London Games told The Sunday Times newspaper, citing illegal Asian betting rings.

Olympics minister Hugh Robertson said fixing had overtaken drugs cheats in terms of the threat posed to the reputation of the Games.

"You cannot underestimate the threat this poses because the moment that spectators start to feel that what they are seeing in front of them is not a true contest, that is when spectators stop turning up and the whole thing falls to pieces," he told the weekly broadsheet.

He said he thought betting authorities in Western countries were "well set up" to spot illegal activity but criticized the lack of regulation in Asia, both on the Indian sub-continent and in the Far East.

Robertson cited the recent cricket corruption scandal, in which three Pakistan players were jailed in Britain for their part in spot-fixing, pre-arranged elements in a match which betting rings can make money on.

"The issue is not of betting syndicates in this part of the world," the minister said.

"It is in illegal betting syndicates on the Indian sub-continent and elsewhere, where huge sums of money change hands."

He said spot-betting was the biggest threat, with syndicates wagering huge sums on more easily fixed elements within matches, rather than on the outcome of whole contests.

"At some stage over the next two or three years, we will have some other sort of betting scandal in some sport. I just hope it is not at the Olympics," Robertson said.

For the first time in the history of the Games, a dedicated intelligence unit will be created to crack down on attempts to bribe athletes and irregular betting patterns.

The unit will be headed up by Britain's Scotland Yard police headquarters and work with the Serious Organized Crime Agency and Interpol to track suspicious gambling activity, The Sunday Times said.

The government is also set to fast-track through laws to allow Britain's gambling commission to share intelligence with Olympic officials and foreign investigation agencies, it added.