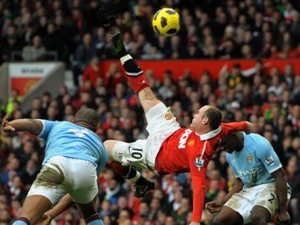 English Premier League football clubs and their star players are being investigated by the tax authorities over "secret perks", a newspaper reported Sunday.

Investigators from Her Majesty's Revenue and Customs have interviewed finance directors at Britain's richest clubs to find out more about the benefits footballers receive, The Mail on Sunday said.

Officials from an HMRC unit which usually deals with the tax affairs of people worth at least £20 million ($31 million, 24 million euros) had sent out a questionnaire to at least 24 leading clubs, the report said.

They were asking for details of free holidays, luxury accommodation and other gifts, it said.

The information would be checked against players' own tax returns to see whether they could be liable for any unpaid tax or if clubs may have to make additional National Insurance payroll tax contributions, the report added.

"We are not talking about a few low-cost gifts. These people are multi-millionaires," the weekly tabloid quoted an unnamed source as saying.

"We wouldn't be doing this if we didn't think it was going to bring in a lot of money.

"It doesn't matter where you come from. If you work in the UK you are liable to pay tax on your UK earnings."

An HMRC spokesman set out their basic position.

"We cannot discuss individual cases under any circumstances," he said.

"For benefits in kind, the basic rule is that if an employer provides an employee with anything other than pay, it may count as an expense or benefit, and they will need to check whether they need to report it to HMRC and pay any tax or National Insurance contributions.

The Mail on Sunday said an HMRC spokesman told them the questionnaire had been compiled to establish how clubs officially account for the benefits received by their players.

The newspaper said spokesmen for Manchester City, Manchester United, Tottenham, Arsenal and Chelsea -- the top five in the Premier League table -- all declined to comment.