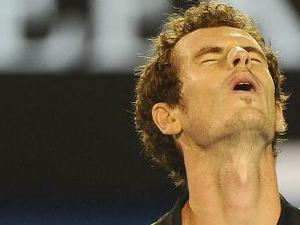 British tennis fans longing for their first male Grand Slam winner since Fred Perry in 1936 will be hoping the unlikely figure of Ivan Lendl can help break the country's long title drought.

Lendl made a dramatic return to top flight tennis this week when Scotland's Andy Murray announced the former world No.1 had taken over as his fulltime coach with immediate effect.

Lendl, who won eight Grand Slam titles in an illustrious career, has never coached before but Murray said he still had plenty to offer.

"I called him up in Miami and spoke to him on the phone, talked to him about my game, what he thought about it," Murray, who is top seed at the Brisbane International this week, said.

"I liked what he said and how he felt about my game and then he thought it would be a good idea that we meet up, so we met up and went from there.

"He has obviously got a lot of experience -- I also think he has been through a lot of the same things that I have been through, so I am sure he can help me mentally with certain things."

Murray dismissed suggestions that Lendl's inability to win on grass at Wimbledon made him a strange choice, considering the Olympics tennis tournament will be played at the famous venue three weeks after the annual championships.

"So I don’t think that’s relevant, I don’t think it makes much difference." The 24-year-old Scot stressed that Lendl's vast knowledge of the game made him an ideal coach.

"I spoke to him about a lot of the top players and how, you know, how I am going to beat those players and how to see their weakness and how I can exploit them and I like that, so I am sure he will help me very tactically as well.

"He is also one of the most successful tennis players ever as well, so he has obviously a lot of knowledge and information that he can give me and pass on to me.

"He was just a very honest guy as well, which is very important because not everybody is like that.

"A lot of people are maybe too nice sometimes, they just don’t want to upset you or say the wrong thing, but he was very honest, very open and that was important."