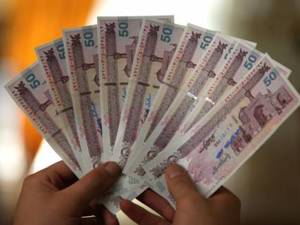 The state news agency IRNA and an Iranian website tracking the currency said the rial's street value at money changers' slid to around 16,000 to the dollar.

That represented a huge difference with the official central bank rate of 11,179 rials to the dollar.

The measures aim to further squeeze Iran's crucial oil revenues, most of which are processed by the central bank, by making foreign firms choose between doing business with the Islamic republic or the economically mighty United States.

They were being imposed as part of a Western push to force Iran to halt its nuclear program, which the United States and its allies believe is being used to develop atomic weapons despite Tehran's denials.

Iran, the second-biggest producer in OPEC after Saudi Arabia, depends on oil sales for 80 percent of its foreign revenues.

The European Union is mulling an embargo on buying Iranian oil, on which a decision could be announced at an EU foreign ministers' meeting at the end of the month.

Iranian leaders and military officials have warned that extra Western sanctions could push them to close the strategic Strait of Hormuz at the entrance to the Gulf.

Twenty percent of the world's oil passes through the strait, making it the "most important choke point" globally, according to the U.S. Energy Information Administration.

Iranian naval forces are to complete 10 days of war games near the strait on Monday with an exercise practicing tactics to close the channel if they are so ordered, the ISNA news agency quoted spokesman Commodore Mahmoud Mousavi as saying.