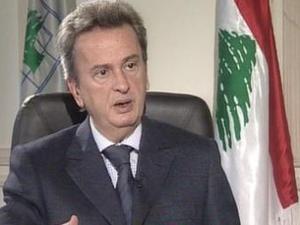 Central Bank governor Riyad Salameh has warned that the cabinet’s wage boost decision could lead to a rise in inflation which already reached 4 percent in 2011.

In remarks to LBC TV on Sunday, Salameh said the inflation rate last year was at 4 percent while the debt rose to 54 billion dollars.

“The increase in wages could lead to additional inflation which would force us to take the necessary measures to adjust the policy of liquidity,” he added.

The cabinet approved last month the wage hike proposal made by Labor Minister Charbel Nahhas. It calls for raising the minimum wage to LL868,000 from the current LL500,000 – a sum that includes a LL236,000 transportation allowance.

The raise is effective as of Dec. 1, 2011. But the Shura Council has yet to issue its stance on it.

dont raise wages, it is bad for the government to decide how much a business should pay its employees.

What Mr Salameh forgets to say is that wage hikes are only the first step before devaluating the lebanese pound. Think about it: why would a government suddenly increase wages by as much as 20% if not to prepare for a bad news?
The worst is yet to come.