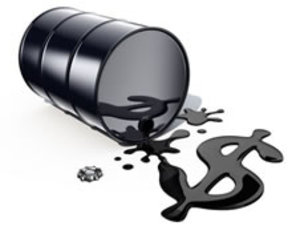 "Prices have moved up as the market reacts to the expansion in manufacturing activity in China," said Victor Shum, senior principal at Purvin and Gertz international energy consultants.

"Geopolitical tensions over Iran have also supported the market," he added.

The purchasing managers index (PMI) reached 50.3 in December, the China Federation of Logistics and Purchasing said. A reading above 50 indicates the sector is expanding while a reading below 50 suggests a contraction.

Meanwhile, traders are also closely monitoring the situation in the Strait of Hormuz, a vital oil-transit waterway through which 20 percent of the world's oils is transported.

Iran on Monday tested missiles near the strait, underlining its threats to close the vital passage way as the West readies to impose more economic sanctions over Tehran's nuclear drive.

The United States and its allies have imposed their sanctions to punish Iran for maintaining a nuclear program they believe masks military objectives, a claim rejected by Tehran.