Israel Admits It Sank Lebanese Ship off Tripoli in 1982 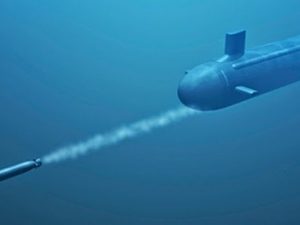 Israel officially admitted that it had sank a Lebanese refugee ship off the coast of Tripoli in northern Lebanon in the summer of 1982, killing 25 out of 56 people on board.

The Israeli Channel 10 reported on Thursday that an Israeli submarine fired missiles at a refugee ship off the coast of Tripoli in northern Lebanon, as part of a secret operation called by the Israeli army "Operation Dreyfus".

The Israeli channel said that a commercial ship carrying 56 Lebanese refugees to Cyprus sailed from the shores of Tripoli during the cease-fire following the Israeli invasion of Beirut, and the exit of Palestinian fighters to Tunisia under international protection.

An Israeli Navy Gal-type submarine followed the Lebanese ship about an hour after leaving Tripoli, and torpedoed the boat killing all 25 Lebanese on board.

The Israeli submarine captain claimed he thought the boat was carrying PLO fighters.

Israeli army claimed the aim of "Operation Dreyfus" was to patrol off the coast of Tripoli to prevent Syrian naval vessels from attacking Israeli navy.

In an internal investigation that lasted about three years, the Israeli army refrained from criminalizing the operation which killed 25 civilians. It said the captain had been acting “within operational orders” describing it as a judgment “mistake."

This is a paralell to when Hezbollah shot down a lebanese helicopter over Sejoud in 2008, killing 1.lt Samer Hanna. Crime or mistake?

here we have a complete jew to add to s.o.s although is a half one.

btw, if Hariri still reluctant to form a govt, here he has one more reason to speed it up and bring the case up-to the intl bodies level... Usa would veto it, but the intention is worth it.

nope, only comments from the mtewleh who post here!

A strong independent Lebanese Government would hold accountable ALL governments that carried out crimes against the Lebanese. But that is wishful thinking on my part...

Look how the iranian stooges go for personal attacks instead of answer questions in a logic way: "He is an israelian" He is a traitor". In what way the downing of the refugee ship in 1982 differs from the downing of Lt.Samer Hannas helicopter is not answered. Regarding Qana: As tragic as this was, it was still a cynical calculations from those Hezbollah elements that fired rockets against the israelis before hiding in a United Nations compound. They put the lives of civilian men, women and children at risk. It usually worked, but not this time when the israeli enemy decided to play it dirty like Hezbollah. Horrible scenes. God forbid this will never happen again, but taking into account that most Hezbollah depots are in populated areas...there is no reason to be optimistic.

these terrorists need to be dealt with, the Middle East can't afford having them on the loose for much longer. I guess the first step is to chop off the iranian hand feeding and controlling them.