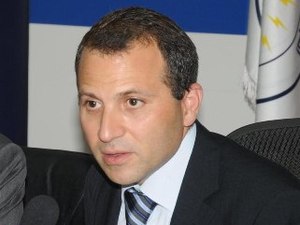 Bassil said Israel carries out around 150 violations every month.

The minister’s move comes a day after Israel said it started an operation to destroy suspected Hizbullah tunnels on Lebanon’s border.

If this Iranian agent could die, Lebanon would become a better place. He’s a clown like his daddy In Law, and he contributes to making Lebanon look like a circus.

So how about Israel demanding a debate on the Lebanese violating Resolution 1701 by allowing Hizballah forces and weapons south of the Litani River.