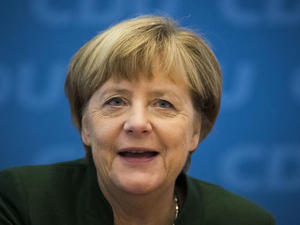 Germany "takes total responsibility for crimes committed" by the Nazis in Greece, Chancellor Angela Merkel said Friday on a visit to Athens.

Tensions linger over wartime reparations for the Nazis' World War II occupation of Greece with Berlin arguing the issue was settled in 1960 in a deal with several European governments.