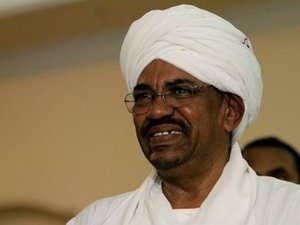 Defiant Sudanese President Omar al-Bashir said Monday that ongoing protests will not lead to a change in government, as he addressed a rally of cheering supporters in war-torn Darfur.

"Demonstrations will not change the government," Bashir told crowds of supporters gathered in Niyala, the capital of South Darfur state, where just a day ago police had broken up an anti-government demonstration.

"There's only one road to power and that is through the ballot box. The Sudanese people will decide in 2020 who will govern them," said Bashir, who is planning to run for the presidency for the third time in elections to be held next year.

Deadly protests have rocked Sudan since December when angry crowds took to the streets in towns and villages against a government decision to raise the price of bread.

At least 24 people have died in the protests, which swiftly turned into nationwide anti-government rallies, with protesters calling on Bashir to step down.

"Sudan has many enemies and those enemies have few people among us who don't want stability and security," said Bashir, waving his trademark cane as supporters chanted "stay, stay".

"We will not allow anyone to destroy our homeland by looting and burning our properties."

In the initial days of protests, several buildings and offices of Bashir's ruling National Congress Party were set on fire in towns and villages.

On Sunday, the first anti-government demonstrations were held in Niyala and El-Fasher, the capital of North Darfur.

Bashir is wanted by the Hague-based International Criminal Court for war crimes and genocide allegedly committed in Darfur where a brutal conflict had erupted in 2003.