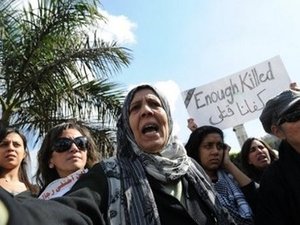 Egypt's President Hosni Mubarak, struggling to defuse the biggest-ever challenge to his rule, axed the widely-hated Habib al-Adly as interior minister on Monday as he rolled out a new government that was swiftly rejected by the opposition Muslim Brotherhood.

On day seven of mass protests demanding the end of Mubarak's regime, state television showed new cabinet ministers being sworn in and shaking hands with the man who has ruled Egypt for three decades.

Notably absent was Adly, who was replaced by Mahmoud Wagdi, a retired police general who previously ran the Egyptian prison system that was beset by riots and breakouts this past week.

Also falling by the wayside on Monday were the finance and culture ministers, Youssef Boutros-Ghali and Farouq Hosni, as well as prominent business figures with places at the cabinet table.

Tycoons who engage in politics are seen in Egypt as evidence of rampant corruption, and the president's son and once heir apparent Gamal Mubarak has been linked to the political-business milieu.

The new government emerged on the eve of a promised "march of millions" on Tuesday in Cairo and Alexandria, as the anti-Mubarak movement strives to build momentum.

In a statement, the Muslim Brotherhood declared its "total rejection of the new cabinet, which does not respond to the will of the people."

It called on "the people to continue with their activities and join the mass marches all around the country until this regime leaves, with its president, its party, its ministers and its parliament."

On Saturday, a day after the bloodiest day of unrest so far, Mubarak summoned his former aviation minister and air force chief Ahmed Shafiq to form a new government.

Protesters in downtown Cairo, reacting to the new government, said they would only be satisfied if Mubarak himself stands down.

One protester, Rifat Ressat, said: "We want a complete change of government, with a civilian authority."

"We will accept no change other than Mubarak's departure," said another protester, who asked not to be named.

Nevertheless, they welcomed the departure of Adly, who as interior minister controlled the security forces which stand accused of systematic human rights violations.

"The interior minister is responsible for all the violence, because it's the police that opened fire on demonstrators," Ressat said.

Farouq Hosni, who last year narrowly lost out on becoming the director of UNESCO following his controversial comments about Israeli books, was replaced in the government by university lecturer and literary critic Gaber Asfour.

Hosni was close to Mubarak, who personally asked Israeli Prime Minister Benjamin Netanyahu to lift his government's objections to Hosni's bid to lead the U.N. Educational, Scientific and Cultural Organization.