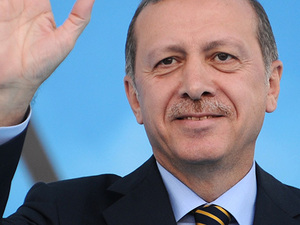 Turkey on Tuesday denounced Prime Minister Benjamin Netanyahu's "blatant racism" after he called Israel the nation-state of "the Jewish people" only, not all its citizens.

Turkey and Israel often have tense relations with Turkish President Recep Tayyip Erdogan, who regards himself as a champion of the Palestinian cause, a vocal critic of Israeli policies.

"I strongly condemn this blatant racism and discrimination," presidential spokesman Ibrahim Kalin wrote on his official Twitter account both in Turkish and English.

"1.6 million Arabs/Muslims live in Israel. Will the Western governments react or keep silent under pressure again?" he asked.

In campaign mode before April 9 elections, Netanyahu said all citizens including Arabs had equal rights but referred to a deeply controversial law passed last year declaring Israel the nation-state of the Jewish people.

"Israel is not a state of all its citizens," Netanyahu wrote in response to comments from an Israeli actress.

"According to the basic nationality law we passed, Israel is the nation-state of the Jewish people -- and only it," he said, in comments that made waves in Israel.

Israel and Turkey in 2016 ended a rift triggered by the Israeli storming of a Gaza-bound ship that left 10 Turkish activists dead and led to a downgrading of diplomatic ties.

Netanyahu has been accused by critics of demonising Israeli Arabs, who make up some 17.5 percent of the population, in a bid to boost right-wing turnout for April polls.

He is facing a tough challenge from a centrist political alliance led by former military chief of staff Benny Gantz and ex-finance minister Yair Lapid.

So what exactly does one call Erdogans' attitude towards the Kurds with Turkish citizenship?