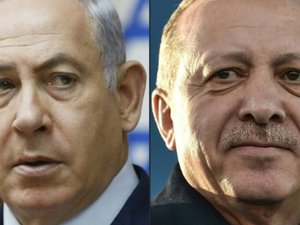 "Hey Netanyahu, behave yourself. You are a tyrant, you are a tyrant who massacred seven-year-old Palestinian children," Erdogan told a rally, in response to the Israeli leader branding him a "dictator".

Turkey and Israel have tense relations and Erdogan, who sees himself as a champion of the Palestinian cause, is a vocal critic of Israeli policies.

The Kurds claim that Erdogan is the children killer. Is he planning another air raid on Kurd civilians?

It would not be the first or last attempt by Estrogen and his "turkeys" lol
Sadly though and in all seriousness the Turkish past has been a lot less sympathetic to minorities such as their massacres of the Armenian populous in the region.