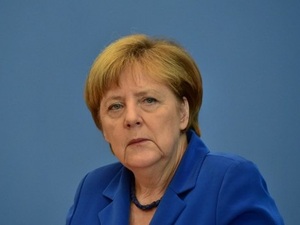 The German government has extended a ban on arms exports to Saudi Arabia by six months until the end of September, but is making a conditional exception for systems developed jointly with other countries.

Germany imposed the ban following the killing of Saudi journalist Jamal Khashoggi at the kingdom's consulate in Istanbul last year. Britain and France have criticized Germany's stance, saying the ban prevented them selling jointly developed equipment with German components to the Gulf nation.

The ban's future had been hotly disputed in the governing coalition, with the center-left Social Democrats pushing to hold a very restrictive line while Chancellor Angela Merkel's conservative bloc was keen at least to mollify Germany's European partners. A complicated compromise emerged late Thursday night.

The government extended a ban on purely German exports by six months and said no new permits would be issued either. That affects an order for patrol boats, and the government said it would try to find a solution that involves either the boats being built and not delivered or the vessels being used in Germany.

Export permits for programs that aren't entirely German will now be extended until the end of the year — with strings attached. The government said it would push for jointly produced weapons not to be used in the war in Yemen and for no "fully assembled" products to be delivered to Saudi Arabia or the United Arab Emirates over the next nine months. Exporters will also have to insist on the latter point.

Juergen Hardt, a prominent lawmaker with Merkel's Christian Democrats, told ZDF television he would have liked to see Germany support Riyadh's readiness to play a "constructive" role in the Yemen conflict by delivering the patrol boats. But he said the most important thing is to honor agreements with Germany's European partners.