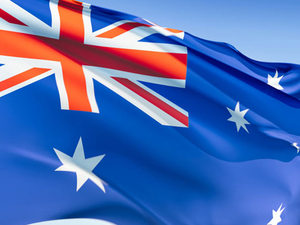 The tough new legislation will be brought to parliament next week as Canberra pushes for social media companies to prevent their platforms from being "weaponised" by terrorists in the wake of the Christchurch mosque attacks.

Facebook said it "quickly" removed a staggering 1.5 million videos of the white supremacist massacre livestreamed on the social media platform.

A 17-minute video of the March 15 rampage that claimed the lives of 50 people was widely available online and experts said it was easily retrievable several hours after the attack.

"Big social media companies have a responsibility to take every possible action to ensure their technology products are not exploited by murderous terrorists," Prime Minister Scott Morrison said in a statement.

Morrison, who met with a number of tech firms Tuesday -- including Facebook, Twitter and Google -- said Australia would encourage other G20 nations to hold social media firms to account.

Attorney-General Christian Porter said the new laws would make it a criminal offence for platforms not to "expeditiously" take down "abhorrent violent material" like terror attacks, murder or rape.

Executives could face up to three years in prison for failing to do so, he added, while social media platforms -- whose annual revenues can stretch into the tens of billions -- would face fines of up to ten percent of their annual turnover.

"Mainstream media that broadcast such material would be putting their licence at risk and there is no reason why social media platforms should be treated any differently," Porter said.

The government was so far "underwhelmed" by the response from tech giants at their Tuesday meeting with Morrison, communications minister Mitch Fifield told reporters Saturday.

Facebook said on Tuesday it was "committed to working with leaders and communities" around the world to "help counter hate speech and the threat of terrorism". The company declined to comment further on Saturday.

"Jail is for violent offenders not a marketing representatives in Australia of an American social media company," he added.

But Phair said social media firms can also do more than they pledged at the Tuesday meeting.