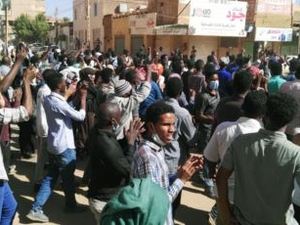 The organizers behind months of anti-government demonstrations in Sudan are calling for fresh marches in the capital, Khartoum, and other cities.

The Sudanese Professionals Association, an umbrella group of independent professional unions, has been spearheading anti-government protests that erupted in December over spiraling prices and a failing economy.

Saturday's marches come on the 34th anniversary of the overthrow of President Jaafar al-Nimeiri in a bloodless coup.

The military removed Nimeiri after a popular uprising in 1985, before handing power over to an elected government, which in turn lost power to Bashir in a coup supported by his Islamist hard-liner allies.