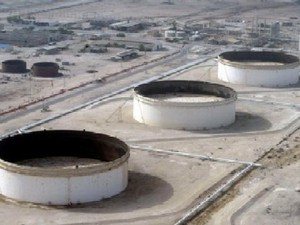 Kuwait's police have uncovered a plan to smuggle 2.5 million liters of subsidized diesel and arrested 25 people in connection with the scheme, the interior ministry said Sunday.

The diesel was found in tanks and containers at several stores in the southern oil-rich industrial area of Mina Abdullah, the ministry said in a statement cited by the official KUNA news agency.

Fuel in Kuwait is sold at a heavily-subsidized price that has not changed for about 12 years.

Local media and lawmakers from the recently dissolved parliament have claimed that large quantities cheaper Kuwaiti fuel are frequently smuggled by sea to Iran and Iraq.

Although both countries are major oil producers, Iran and Iraq face shortages in petroleum products because of limited refining capacity.

About three weeks ago, Kuwaiti customs said it foiled an attempt to smuggle roughly 350 tons of diesel to an unnamed Asian country.

In June, media reported that authorities uncovered a ring linked to a regional intelligence service that had smuggled large quantities of fuel to a neighboring country from a small port usually used by Iranians.