Sudan Tensions Escalate after Talks with Military Break Down 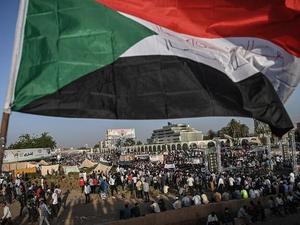 Tensions are rising in Sudan after talks broke down between protesters and the country's military rulers who earlier in April ousted President Omar al-Bashir after months of street protests against his rule.

Large crowds lit up the night sky with their cellphones, singing and chanting as protest leaders delivered fiery speeches in the capital, Khartoum, on Sunday night.

The protest organizers — the Sudanese Professionals Association — said they suspended talks with the ruling military council because it failed to meet their demands for an immediate transfer to a civilian government.

The protesters fear the military intends to cling to power or put another general in charge.

Qurashi Diefallah, a protester, said they're disappointed because the army is "just an extension of the regime which stole 30 years from us."

Tens of tens of protesters, many of them related to people who have recently lived in Sudan, called for Qatar to "do for us what you did for Libya and Lebanon". Qatar's Emir, dubbed "MBS" by the news media as a nod to his brother crown-prince in the Kingdom of Saudi Arabia, Mohammad bin Salman, is known by the US protectorate's tiny population as "Man Breaks Sand", a reference to Emir al Thani's forest reclamation project on the site of the former Mideastern headquarters of the US Defense Department's Central Command. Those HQs have been moved to new facilities provided by KSA in Sudan, Yemen, and Somalia. Sudanese protesters want the facilities moved back to Qatar, not for territorial integrity of Sudan nor for Qatar's financial interests, but to maintain
Qatar's identity in a changed regional demographic, protesters told Al Jazeera.