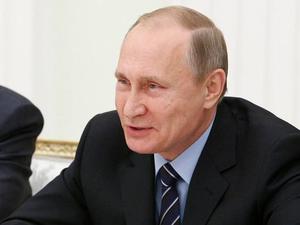 "We want and we are ready to fully restore relations with Ukraine. But we cannot do this unilaterally," he told journalists following his summit with North Korea's Kim Jong Un in Vladivostok.

He said the weekend election, in which Volodymyr Zelensky beat incumbent Petro Poroshenko with 73 percent of the vote, showed the "complete failure" of Poroshenko's policies.

"Ukraine's new leadership cannot fail to understand this," he said.

Poroshenko took a hard line on Russia over his term, which was marked by the fight against Moscow-backed rebels in eastern separatist regions.

Over a bitter campaign he consistently presented himself as the only candidate who could stand up to Putin.

Putin's comments came a day after he signed a decree making it easier for people living in Ukraine's separatist territories to obtain Russian passports, drawing condemnation from Kiev and the West.