Euro Crisis Back in Focus as Merkel, Sarkozy Meet 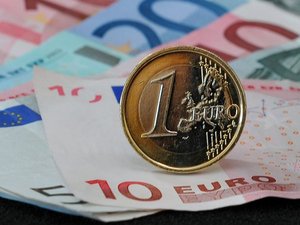 After a relatively calm start to the year, the Eurozone crisis roared back into the picture on Monday as the euro struggled on the markets ahead of a crunch meeting between the French and German leaders.

The single currency tested fresh 16-month lows against the dollar as doubts continued to rage over Europe's ability to tackle the debt crisis, now entering its third year with little sign of easing.

A slew of disappointing economic data suggesting the 17-member Eurozone was heading for recession, coupled with renewed concerns over the health of the region's banks, has combined to revive fears over the bloc's future.

The crisis also appeared to be returning with a vengeance to Athens, where it began, with the International Monetary Fund reportedly expressing growing doubts about Greece's long-term ability to reduce its debts.

Fears that the crisis could spread to the larger economies of Spain and Italy have also resurfaced, with the Spanish economy minister warning banks may face up to 50 billion euros ($63 billion) in bad loan provisions.

Analysts were bracing for disappointment from the meeting in Berlin between German Chancellor Angela Merkel and French President Nicolas Sarkozy, with little concrete expected in the way of proposed solutions.

"As a result the euro will probably continue to struggle," said Carolin Hecht, a currency strategist at Commerzbank.

The euro fell to $1.2665 in Asian trade but recovered some lost ground to trade above $1.27 in Europe mid-morning deals.

European stock markets opened broadly unchanged as traders hedged their bets ahead of the Franco-German meeting.

The power couple, at the heart of efforts to stem the euro crisis, were due to meet for a working lunch in Berlin -- their first tete-a-tete of the year -- to finalize positions ahead of a pivotal EU summit on January 30.

They will work on a strategy to boost growth in the embattled Eurozone and create more jobs, as unemployment in the bloc remains stubbornly high.

The two leaders, dubbed "Merkozy," will also seek to flesh out the details of a so-called "fiscal compact," agreed in principle by all EU states apart from Britain in December, that will tighten budgetary laws in Europe.

Participating countries agreed to aim for balanced budgets and to introduce domestic laws to ensure that deficits do not get out of hand. At the same time, they agreed to accept automatic punishments if they deviate from this promise.

But cracks have appeared in the carefully crafted Franco-German unity, with Sarkozy vowing to go it alone on a tax on financial market transactions, in contrast to Berlin, which wants a broader consensus on the levy.

The meeting in Berlin kicks off a flurry of diplomatic activity as European leaders seek to draw a line under the crisis.

On January 20, Italian Prime Minister Mario Monti will host Merkel and Sarkozy in Rome, ahead of a crunch meeting of Eurozone finance ministers in Brussels three days later.

Speaking late Sunday in Rome, Monti denied that the euro was in crisis but warned of a "systemic crisis" in Europe driven by debt.

Meanwhile Hungary, which is an EU member but does not use the euro, was lurching deeper into turmoil.

All three major ratings agencies have downgraded Hungary's bonds to "junk" status, pushing the country's currency, the forint, to lows against the euro and its borrowing costs to an unsustainable level above 10 percent.

IMF and EU officials broke off preliminary talks with Budapest last month about a possible credit line of 15-20 billion euros ($20-25 billion) due to worries about reforms to the central bank.

In concerns echoed by the European Central Bank, the IMF and EU fear that the legislation, part of a barrage of reforms under a new constitution, will give the government undue influence in setting interest rates.

A spokesman for Merkel confirmed in the run-up to the meeting that Hungary's problems would be on the agenda.