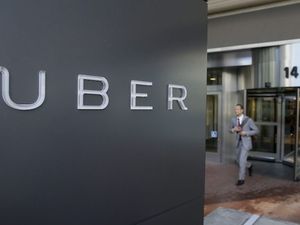 Shares in Uber were off six percent at $38.95 after 15 minutes after slipping as much as 10 percent in the second day of trade on the New York Stock Exchange.

Valued at some $82 billion in one of the biggest initial public offerings (IPOs) in the technology sector, Uber's debut Friday was a major disappointment, losing 7.6 percent.

Richard Windsor, an analyst who writes the Radio Free Mobile blog on technology, said Uber and Lyft have been pressured by their high valuations and intense competition.

Uber and Lyft "are currently engaged in a life or death struggle to become the dominant ridesharing platform in the USA," Windsor said.

"It is this reality combined with the very high valuations at which they have been listed that is putting the pressure on these companies."

Lyft shares fell three percent to $49.38, and have given back some 30 percent since the company's market debut in late March.