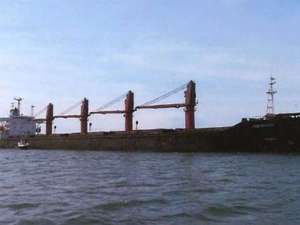 North Korea on Tuesday demanded the return of a cargo ship seized by Washington last week for violating international sanctions, calling it an "illegal act of robbery".

On Friday, the US Justice Department said it had taken possession of the North Korea-registered bulk carrier M/V Wise Honest, one year after it was detained in Indonesia, citing illicit sanctions-busting activities.

It was the first time a North Korean cargo vessel had been seized by the US for sanctions violations, after several years of high seas cat-and-mouse games in which Korean shippers disguised vessels, used false flags and turned off their tracking transponders to avoid discovery.

A spokesman for the North's foreign ministry slammed the move on Tuesday, saying it was an outright violation of the spirit of a deal signed by leader Kim Jong Un and US President Donald Trump at their landmark summit in Singapore last June.

"The United States carried out an illegal act of robbery by seizing our cargo ship citing UN Security Council sanctions resolutions," the spokesman said in a statement carried by the official Korean Central News Agency (KCNA).

The move was an "extension of US calculation" to bring Pyongyang to its knees through maximum pressure, he said.

"The US must realise the consequence of its gangster-like actions... and must return our ship without delay," the statement added.

North Korea is sanctioned under multiple UN Security Council resolutions for its nuclear and missile programmes and lifting of some of the measures was a key demand at a second Trump-Kim summit in Hanoi in February that ultimately broke down without a deal.

The announcement of the US seizure of the vessel came as tensions rose over Pyongyang's test launches of short-range missiles last week.