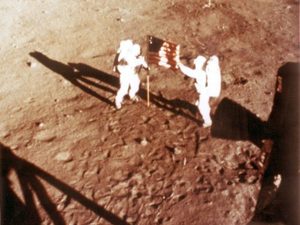 NASA's next mission to the Moon will be called Artemis, the US space agency announced Monday, though it's still looking for the money to make the journey happen by its accelerated 2024 deadline.

In March, US President Donald Trump's administration moved the date for the next American lunar mission up by four years from its original goal of 2028 while pledging to get a female astronaut to the Moon's surface for the first time.

NASA Administrator Jim Bridenstine told reporters the agency would need an additional $1.6 billion to pay for the new ground and space vehicles needed to meet the deadline.

"This additional investment, I want to be clear, is a downpayment on NASA's efforts to land humans on the Moon by 2024," he said.

Bridenstine said the mission was named Artemis after the Greek mythological goddess of the Moon and twin sister to Apollo, namesake of the program that sent 12 American astronauts to the Moon between 1969 and 1972.

NASA's total annual budget is approximately $21.5 billion, and in the 2019 fiscal year, the agency spent about $4.5 billion on developing the Orion spacecraft, the Space Launch System (SLS) heavy rocket and a new lunar orbital mini-station, three elements essential to the Artemis mission.

But many experts and lawmakers are concerned that NASA cannot meet the accelerated deadline, especially given the major delays in development of the SLS, which is being built by aerospace giant Boeing.

Asked how much the new mission would cost in total, Bridenstine demurred, telling a reporter: "I would love to tell you that."