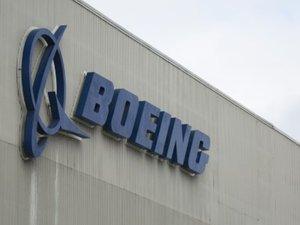 After a deadly crash in Indonesia, American Airlines pilots called a meeting to press Boeing executives for safety changes to the 737 MAX aircraft, US media reported Tuesday.

The call for changes, which could have required the best-selling aircraft model to be temporarily grounded, were reported by The New York Times and CBS News after they obtained an audio recording of the November 27 meeting between the American Airlines pilots union and officials from the aircraft manufacturer.

The 737 MAX 8 is currently grounded worldwide after the March crash of Ethiopian Airlines Flight 302 that killed all 157 people onboard and drew scrutiny to the new Boeing model's anti-stall system, which investigators believe may have brought the jet down.

But the meeting shows that pilots were already worried about the safety of the model following the October 2018 crash in Indonesia of a Lion Air 737 MAX 8 that left no survivors of the 189 people onboard.

According to the reports, the pilots were particularly concerned about the MCAS anti-stall system that investigators in both Indonesia and Ethiopia have blamed for the crashes.

"No one has yet to conclude that the sole cause of this was this function on the airplane," Boeing vice-president Mike Sinnett told the meeting.

"The worst thing that can ever happen is a tragedy like this, and the even worse thing would be another one," he said later in the meeting held four months before the Ethiopian Airlines disaster.

Meanwhile, the pilots in the meeting said they felt they weren't told enough about the MCAS system, which was new to the 737 MAX 8.

"These guys didn't even know the damn system was on the airplane, nor did anybody else," said Mike Michaelis, head of safety for the pilot's union.

Following the Lion Air crash, Boeing had issued additional instructions to pilots in case they faced a malfunction of the MCAS.

But in a letter obtained by AFP, Michaelis said the instructions weren't sufficient for pilots to know how to handle malfunctions with the anti-stall system.

The New York Times said Michaelis asked Boeing executives at the meeting to consider a software upgrade to the 737 MAX 8 -- which probably would have required the planes be grounded for some time.

Airlines and governments worldwide ordered the 737 MAX 8 to stop flying in the days after the Ethiopian Airlines crash.

Boeing has been working on a software fix for the flight system and hoping for quick approval from regulators, but it is unclear if the planes will be back in the air before the end of the critical summer travel season.