5 Lebanese to be Released, 3 Sentenced in UAE Hizbullah Trial 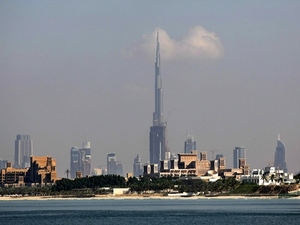 A relative says that a Lebanese man held in the United Arab Emirates on charges of terrorism has been sentenced to life in prison, while five others were ordered released.

The relative of Abdul Rahman Shouman, 39, said the sentences were handed down Wednesday in a state security court in the Emirates. The relative, speaking from Lebanon, refused to be identified for security reasons.

He said Shouman was charged with being one of the leaders of a terrorist cell with links to Lebanon's Hizbullah group. Shouman has been denied access to his lawyer, the relative said. Two others were sentenced to 10 years while five were acquitted.

The eight men, Shiite and long-time residents of Emirates, were detained over a year ago. Shouman trained Emirati airline staff on security and safety.

"The absence of basic requirements of a fair trial, such as having access to a lawyer, strips today's verdict of any reliability or credibility," said Lynn Maalouf, Amnesty International's Middle East research head.

"The eight men were held in solitary confinement for over a year -- this in itself can amount to torture. They were denied access to lawyers during the pre-trial interrogation," she said in a statement.

Shouman has been denied access to his lawyer, the relative said.