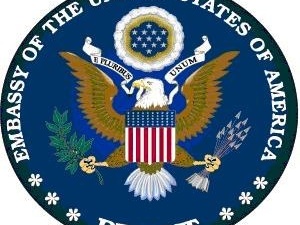 The U.S. Embassy in Beirut on Wednesday warned U.S. citizens in Lebanon of “heightened tensions in the region,” urging them to “maintain a high level of vigilance.”

“The U.S. Embassy in Beirut advises all U.S. citizens of heightened tensions in the region. We strongly encourage U.S. citizens to maintain a high level of vigilance and practice good situational awareness,” the embassy said in a security alert published on its website.

It accordingly urged its citizens to “keep a low profile,” be aware of their “surroundings,” review their personal security plans and have travel documents up to date.

Earlier in the day, the U.S. ordered all non-emergency staff to leave its embassy in Baghdad and consulate in Arbil, as tensions mount between the United States and Iraq's neighbor Iran.

Washington has ramped up pressure on Tehran in recent days, accusing Iran of planning unspecified "imminent" attacks in the region, and bolstering the American military presence in the Gulf.

A State Department advisory announcing the partial embassy closures warned of numerous "terrorist and insurgent groups" active in Iraq, including "anti-U.S. sectarian militias" who could "threaten U.S. citizens and Western companies throughout Iraq."

Tensions have sharply escalated between arch-rivals Washington and Tehran since U.S. President Donald Trump withdrew last May from the 2015 international Iran nuclear deal which removed sanctions in exchange for curbs on Iran's nuclear program.

Indeed, Obama and the Bushes destroyed the Christianity in Iraq. It shiatized the country and look where it is today.

Tracy here doesn’t understand, but it has parrot like skills. All he needs to do is memorize a new sentence. LoL.

USA the exterminators of Christians in Levant!!!