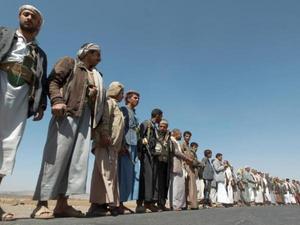 The UAE said it will "retaliate hard" if Yemen's Huthi rebels attack civilian facilities, a day after rebels claimed drone attacks that shut down a key Saudi oil pipeline.

"We will retaliate and we will retaliate hard when we see Huthis hitting civilian targets like what happened in Saudi Arabia," the UAE minister of state for foreign affairs, Anwar Gargash, told journalists in Dubai.