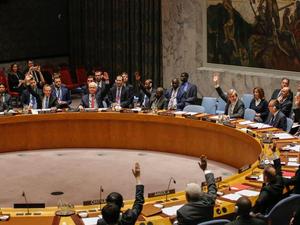 Belgium, Germany and Kuwait on Wednesday requested an urgent meeting of the UN Security Council to discuss the upsurge in fighting in northwest Syria, diplomats said.

Syrian forces and their Russian allies have stepped up attacks on the jihadist-controlled Idlib region since late April, raising alarm that a full-on offensive is imminent to seize the territory.

The public meeting, expected to be held this week, would follow up on a closed session of the council held on Friday during which several countries expressed concern over a potential humanitarian catastrophe from an all-out assault.

Belgium, Germany and Kuwait, three non-permanent members of the council, lead efforts to address the humanitarian crisis in Syria, now in its ninth year of war.

The war in Syria has killed more than 370,000 people and displaced millions since it started with the brutal repression of anti-government protests in 2011.