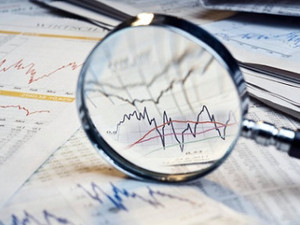 The president insisted the executive order, which he based on national security grounds, was not aimed at any particular country, but it is the latest move in a row that has seen Washington raise concerns about the spying threat posed by China's Huawei.

The Trump administration has for months tried to persuade allies not to allow China a role in building next-generation 5G mobile networks, warning that doing so would result in restrictions on sharing of information with the United States.

The announcement comes as trade tensions between the economic superpowers are rising after the US hiked tariffs on $200 billion of Chinese goods last week, to which Beijing retaliated.

"Earlier, the US Commerce Department had added Huawei to a list of entities that prohibits them from acquiring US-made technology and components without a government licence," said OANDA senior market analyst Jeffrey Halley.

"If that's not an escalation in trade tensions, then I don’t know what is."

Shanghai was off 0.2 percent while Tokyo finished the morning down 0.6 percent.

Asia had been given a positive lead from Wall Street and Europe, where investors were cheered by reports that the White House was planning to delay tariffs on auto imports while it pursues agreements with key trading partners.

Also Wednesday, US Treasury Secretary Steven Mnuchin repeated to senators his expectation that US officials would meet their Chinese counterparts in Beijing to continue their trade talks.

The dollar fell against its major peers and most higher-yielding currencies, with speculation swirling that the Federal Reserve could cut interest rates to fend off the effects of the trade war and slowing economic growth. Such talk comes just months after some commentators had been predicting up to three hikes this year.

"Depending on how long this standoff with China lasts, that impacts growth for longer and might force the Fed’s hand," Esty Dwek, at Natixis Investment Managers, told Bloomberg TV.

"I wouldn’t expect any big change in the short term, but the possibility of a cut much later in the year has risen."