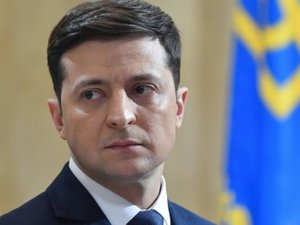 Volodymyr Zelensky, a 41-year-old comedian who took office as Ukraine's president on Monday, announced the dissolution of parliament in his inaugural speech in order to hold early elections.

"I dissolve the Verkhovna Rada of the eighth convocation," the newly sworn-in president said during the ceremony in parliament in Kiev.

The next parliamentary polls had been scheduled for October.

Zelensky does not command majority support in the current parliament and has wrangled with hostile lawmakers whom he accused of deliberately delaying his inauguration and called "petty crooks."

Ahead of his inauguration, Zelensky had already threatened to launch the highly complex process of dissolving parliament and calling new elections in order to benefit from his current popularity.

His team said in a statement on Friday that the country needs "a parliament that functions."