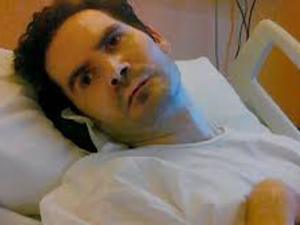 The Vatican called Tuesday for "effective solutions" to protect the life of a Frenchman living for years in a vegetative state, hours after a court told doctors to resume his life support.

"We hope that effective solutions can be found as soon as possible to protect the life of Mr. (Vincent) Lambert," the Vatican said in a statement.

The statement came after a Paris court ordered doctors to resume feeding and hydrating Lambert hours after they had begun withdrawing treatment, in a wrenching case that has divided his family and country.

Interrupting feeding and hydration is a "grave violation of the dignity of the person," said the statement, signed by Cardinal Kevin Farrell, dicaster or minister for family and life, and Vincenzo Paglia, head of the Pontifical Academy for Life.

The Paris appeals court on Monday ordered authorities "to take all measures" to keep alive Lambert, a 42-year-old quadraplegic with severe brain damage, pending a review by the UN Committee on the Rights of Persons with Disabilities.

Lambert's mother, Viviane, 73, hailed the ruling as "a very big victory" in her struggle to maintain vital medical care for her son.

Doctors in France had earlier Monday halted the nutrition and hydration Lambert receives, in line with the wishes of his wife and other relatives.

Lambert's parents, devout Catholics, have repeatedly launched court action to keep him alive, putting them at odds with Lambert's wife and six siblings who believe the most humane course is to let him die.