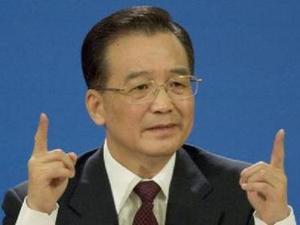 Saudi Arabia is already the largest provider of oil to energy-hungry China, which is under pressure to secure the energy supplies it needs to keep its booming economy going.

Wen will hold talks with leaders of the three Arab nations and attend the World Future Energy Summit in Abu Dhabi during his six-day trip, foreign ministry spokesman Liu Weimin said in a statement.

The announcement came as U.S. Treasury Secretary Timothy Geithner headed to China on a visit aimed partly at narrowing differences over sanctions on Iran, which Beijing has criticized.

But China, which relies on Iran for 11 percent of its oil supplies, has repeatedly opposed what it calls "unilateral" sanctions imposed by the United States and other Western nations.

On Tuesday the state-run Global Times newspaper said Beijing should "take countermeasures" if Chinese companies faced US sanctions as a result of "legal" trade with Iran.