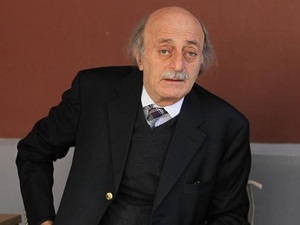 Progressive Socialist Party leader ex-MP Walid Jumblat on Tuesday made an appeal for rescuing “innocent citizens” from “the chaos of gunmen.”

“Rescue the innocent citizens in the Saadiyat area from the chaos of gunmen, whoever they may be,” Jumblat tweeted, referring to a coastal Chouf area that lies around 25 kilometers south of Beirut.

The young man Mohammed Ali al-Mawla has been accidentally killed during an exchange of gunfire that followed an armed attack on a Hizbullah prayer hall in the area.

Saadiyat has witnessed several clashes between supporters of Hizbullah and al-Mustaqbal Movement in recent years.