Netflix Could Reconsider Investment in Georgia over Abortion Law 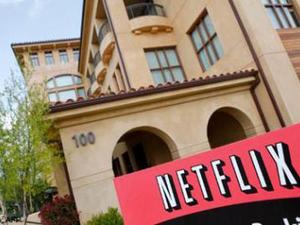 Netflix on Tuesday became the first major studio to say it would reconsider its investment in Georgia should a controversial abortion law in the U.S. state, known as the Hollywood of the South, go into effect.

"We have many women working on productions in Georgia, whose rights, along with millions of others, will be severely restricted by this law," Netflix chief content officer Ted Sarandos said in a statement to Variety. "It's why we will work with the ACLU and others to fight it in court.

"Given the legislation has not yet been implemented, we’ll continue to film there -- while also supporting partners and artists who choose not to. Should it ever come into effect, we'd rethink our entire investment in Georgia."

The southeastern state is among several that recently adopted tough abortion legislation that they hope will ultimately lead to a reversal of the landmark 1973 U.S. Supreme Court ruling Roe v Wade that made abortion legal nationwide.

Following adoption of the law in Georgia, where a huge number of blockbusters, including "Avengers: Infinity War" and "Black Panther," as well as TV series such as AMC's "The Walking Dead" and Netflix's "Stranger Things" and "Ozark" are shot, there have been mounting calls for Hollywood to snub the state.

Such a move would lead to major economic losses for Georgia which last year reported some 92,000 jobs and an economic impact of more than $9 billion from production.

A number of actors, however, have pledged to boycott filming in the state, including "Ozark" star Jason Bateman, Alec Baldwin and Judd Apatow.

"A woman’s right to make choices about her own body is fundamental to her personal and professional well-being," Kirsten Schaffer, executive director of the nonprofit group Women in Film, told AFP in a statement. "We support people who make the choice not to take their production to Georgia or take a job in Georgia because of the draconian anti-choice law.