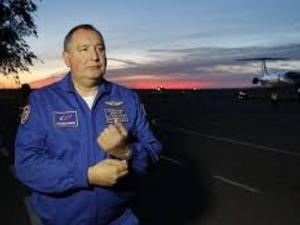 With millions of dollars missing and officials in prison or fleeing the country, Russia's space sector is at the heart of a staggering embezzlement scheme that has dampened ambitions of recovering its Soviet-era greatness.

For years, Moscow has tried to fix the industry that was a source of immense pride in the USSR. While it has bounced back from its post-Soviet collapse and once again become a major world player, the Russian space sector has recently suffered a series of humiliating failures.

"Billions (of rubles) are being stolen there, billions," Alexander Bastrykin, the powerful head of Russia's Investigative Committee -- Russia's equivalent of the FBI -- said in mid-May.

Investigations into corruption at Roscosmos have been ongoing "for around five years and there is no end in sight," he added.

In the latest controversy, a senior space official appears to have fled Russia during an audit of the research centre he headed.

Yury Yaskin, the director of the Research Institute of Space Instrumentation, left Russia for a European country in April where he announced his resignation, the Kommersant paper reported.

He feared the discovery of malpractice during an inspection of the institute, according to the newspaper's sources.

Roscosmos confirmed to AFP that Yaskin had resigned but did not clarify why. His Moscow institute is involved in developing the Russian satellite navigation system GLONASS designed to compete with the American GPS system.

Corruption has particularly affected Russia's two most important space projects of the decade: GLONASS and the construction of the country's showpiece cosmodrome Vostochny, built to relieve Moscow's dependence on Baikonur in ex-Soviet Kazakhstan.

Almost all major companies in the sector, including rocket builders Khrunichev and Progress, have been hit by financial scandals that have sometimes led to prison sentences for large-scale fraud.

Russia's Audit Chamber, a parliamentary body of financial control, said financial violations at Roscosmos in 2017 stood at 760 billion rubles (around $11.7 billion), accounting for nearly 40 percent of the total irregularities in the entire economy that year.

Roscosmos told AFP that "eradicating corruption" is one of its "primary goals", adding that it regularly cooperates with investigations by the authorities.

In mid-April, President Vladimir Putin stressed the need to "progressively resolve the obvious problems that slow down the development of the rocket-space sector."

"The time and financial frameworks to realise space projects are often unjustified," the Russian leader said.

Rebooting the space sector is a matter of prestige for the Kremlin. It symbolises its renewed pride and ability to be a major global power, especially in the context of increased tensions with the United States.

Almost destroyed in the 1990s, the sector stayed afloat thanks to foreign commercial contracts.

But independent space expert Vitaly Yegorov told AFP there were still "executives of a very high professional level" at that time and fewer accidents during launches.

The first module of the International Space Station (ISS), Zarya, was manufactured in Russia and launched in 1998 despite a major financial crisis at the time.

Paradoxically, the situation deteriorated in the early 2000s, when the Russian economy was growing. The influx of public funds fuelled fraud, and space research stopped advancing, experts say.

"Today, the space sector works like this: give us money and we will launch something -- one day," Yegorov said.

Only the ISS continues to be "an unshakeable ivory tower", he said, since it plays a "political role" aimed at maintaining international cooperation.

Russia's scientific community has criticised Rogozin, who is a journalism graduate, for his lack of knowledge of the space sector.

"He probably would have made an excellent spokesman for Roscosmos," joked Yegorov, adding: "Even Superman could not handle this avalanche of problems."