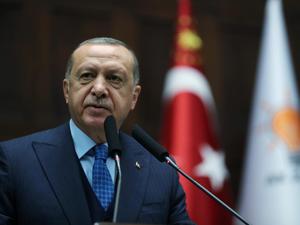 Turkey's President Recep Tayyip Erdogan was notably absent from a key summit of the 57-member Organization of Islamic Cooperation (OIC) in the Saudi holy city of Mecca early Saturday, an AFP photographer said.

Turkey, a regional heavyweight, was instead represented by its Foreign Minister Mevlut Cavusoglu.

Erdogan's visit would have been his first to the kingdom since the brutal murder last October of journalist Jamal Khashoggi in the Saudi consulate in Istanbul, which tarnished the international reputation of Crown Prince Mohammed bin Salman.

The OIC meeting is the third and final summit hosted by Saudi Arabia this week, aimed at galvanising support among Arab and Islamic nations against arch-rival Iran, which has close ties with Turkey.

Khashoggi, a Saudi royal insider and Washington Post contributor was killed and dismembered in what Saudi Arabia said was a "rogue" operation, but CIA analysis leaked to the US media pointed the finger at Prince Mohammed.

Saudi prosecutors have absolved the prince and said around two dozen people implicated in the murder are in custody, with death penalties sought against five men.

But attention has remained focused on whether the crown prince ordered the murder despite the kingdom's denials.

Erdogan has said the order to murder Khashoggi came from "the highest levels" of the Saudi government but has stopped short of directly blaming Prince Mohammed.