Fitch Says Not Planning to Downgrade France in 2012 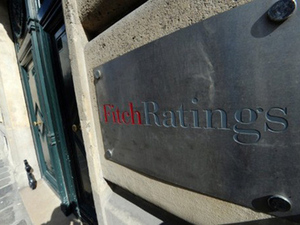 Ratings agency Fitch said on Tuesday it does not plan to downgrade France's top triple-A credit rating in 2012 unless the country suffers major economic shocks.

"Fitch maintains its position from December. In the absence of important shocks that could be linked to a strong worsening of the situation in the Eurozone, Fitch does not foresee modifying its negative outlook (on the ratings) before 2013," a Fitch spokeswoman said.