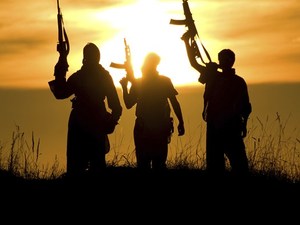 The returns mark an acceleration in the repatriation of children of French nationals who travelled to Iraq or Syria to join extremist groups, amid growing pressure on Western countries to take back their combattants.

The three adults -- a 35-year-old man and the two mothers of his children -- were taken into custody and the children were placed under the protection of the state.

The French foreign ministry stressed that the trio's return was unrelated to the repatriations of children from French jihadist families stranded in Syria.

A second group of 12 children, mostly orphans, was flown to France on Monday, following on a first group of six children in March.

The man and two women handed over to France on Tuesday were held in a detention centre in Turkey before being expelled, one of the legal sources said.

Another source said that the man and one of the women aged 36 already had children when they travelled to the Middle East and then had more children in the region.

The second woman also had a child when she arrived in the region. She and the man later also had children together.

At the end of May, the number of jihadists who had been returned to France stood at 277, according to official figures. Many were handed over by Turkey.

Separately, the government has been working with Syrian Kurdish authorities, who are pressuring foreign nations to take back jihadist families languishing in detention centres or sprawling camps in Syria's northeast.

So far the French government has baulked at taking back adults, focusing mainly on young children who are orphaned.