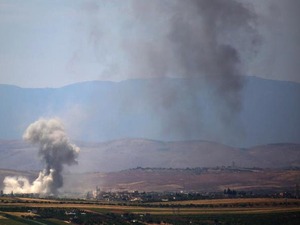 At least 35 combattants including 26 pro-regime forces were killed Saturday in clashes and air strikes that erupted at dawn in northwestern Syria, a war monitor said.