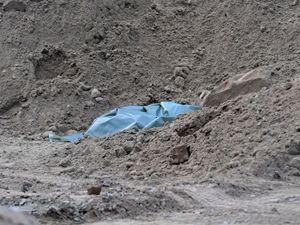 Police evacuated some 3,000 people from the area on Friday and cordoned it off after the bomb was discovered near a large shopping complex.

The evacuation zone covered parts of the shopping centre, and several trains were also suspended during the operation.

The US bomb was found at a depth of about three metres (10 feet) and had an intact detonator, police said.

"The detonator was successfully destroyed. We are lifting the restrictions in stages. You can return to your apartments soon," the Berlin police said on Twitter.

Nearly 75 years after the end of the Second World War, Germany is still littered with bombs and other unexploded ordnance. Experts have said that some 3,000 devices still remain in the German capital's subsoil.

Alexanderplatz is one of Berlin's busiest areas, with dozens of shops and residences located near the square that is home to the city's iconic TV tower.

Berlin was heavily bombed by the Allied forces in the spring of 1945 with a third of its houses destroyed and tens of thousands killed.

In April last year, a 500-kg British bomb was defused. Around 10,000 people were evacuated for the operation.