EU Says No Proof of 'East-West' Split in Food Quality 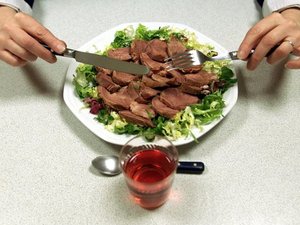 European Union scientists have found no evidence of an "east-west divide" in the bloc's food quality, EU officials said Monday after eastern countries charged their consumers were short changed.

However, the scientists found up to one third of tested products carried similar brands but different composition, even if they did not follow a "geographical pattern" or reveal lower quality, commissioners said.

"I am happy that they found no evidence of an east-west divide in the composition of branded food products," Commissioner Tibor Navracsics said in a statement.

But he added: "I am worried that they uncovered up to one third of tested products having different compositions while being identically or similarly branded."

In 2017, eastern member countries complained of "food apartheid" or of being treated as "Europe's garbage can" by manufacturers who they say cut corners on ingredients.

Government-backed studies in Hungary, Slovakia and the Czech Republic appeared to show that many items sold with identical packaging were of superior quality in other EU countries.

Tensions have been high on other fronts, including allegations that eastern countries defied bloc standards on the rule of law and over their refusal to admit asylum seekers stranded in Italy and Greece.

The commission said 1,380 samples of 128 food products from 19 EU countries were studied, but conceded they were "not representative" of the vast diversity of such products.

It added that 27 percent of products showed their different makeup in different countries with varying labels.

The commission said nine percent of products sold across the bloc carried the same label but contained a different composition.

Another 22 percent of products with similar labels had a different composition.

"There is no consistent geographical pattern in the use of the same or similar packaging for products with different compositions," the commission said.

It also said differences in composition "do not necessarily constitute a difference" in quality.

Under EU directives, companies are free to change a product's ingredients from one member state to another as long as they are clearly listed on the packaging.