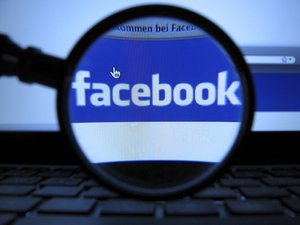 Heading in to the G20 summit, Facebook is on notice from powerful regulators including the Fed chief that its ambitious plans for a global crypto-currency face piercing scrutiny.

The Libra coin is endorsed by a heavyweight consortium of companies, and could see Facebook leverage its two billion-plus users to bring crypto-money out of the shadows and into the mainstream.

But Federal Reserve chairman Jerome Powell, addressing the launch for the first time on Tuesday, added his considerable voice to warnings heard already from regulators in Europe and from US lawmakers.

"We're looking at it very carefully," Powell told an event sponsored by the Council on Foreign Relations in Washington.

"Given the possible scale of it, I think that our expectations from a consumer protection standpoint, from a regulatory standpoint, are going to be very, very high," he said.

Facebook promises the new currency, launching next year, will slash transaction costs and bring more services to people without access to the banking system.

But for regulators, Libra is potentially a loose cannon in the armoury of international finance, and Powell was not alone this week in starting to erect his defences as the G20 leaders prepare to meet in Japan this weekend.

Randal Quarles, chairman of the international Financial Stability Board and a deputy to Powell at the Fed, presented a report to the G20 leaders highlighting the risk of crypto-assets being exploited for money-laundering and financing of terrorism.

"Though crypto-assets do not currently pose a risk to global financial stability, gaps may occur where crypto-assets fall outside the scope of regulators' authority or from the absence of international standards," he wrote in a letter to the leaders.

"A wider use of new types of crypto-assets for retail payment purposes would warrant close scrutiny by authorities to ensure that they are subject to high standards of regulation," Quarles added, in a nod to Libra.

The Libra consortium is to be based in Geneva, and the Swiss Financial Market Supervisory Authority confirmed last week that it was looking into the plans.

In a bid to ensure Libra does not go the chaotic way of crypto units such as bitcoin, it is to backed by a basket of real-world currencies including the dollar and euro.

To mint and store new coins, access to its underlying "blockchain" technology will be more restrictive than for the free-for-all of bitcoin.

Bitcoin itself has got a new lease of life on the back of Facebook's announcement last week, with its value rising to above $12,000 on Wednesday.

But much about Libra remains to be resolved to regulators' satisfaction, such as the potential for abuse by bad actors, the exchange rate risk for cross-border transactions, and the unit's liquidity in times of financial crisis.

"The ambition of the project is huge, but it can only exist by respecting the rules that are in place for everyone," Bank of France governor François Villeroy de Galhu told this week's edition of news magazine L'Obs.

In Britain, Financial Conduct Authority chief Andrew Bailey said Tuesday that his agency was working with the Treasury and the Bank of England on Libra, which he said "has the potential to be extremely significant".

"We will have to engage both domestically and internationally, with both Facebook and this other organisation (the Libra consortium)," he told the Treasury select committee in the House of Commons.

"They are not going to walk through authorisation without that," Bailey cautioned.

There was no immediate comment from Facebook to the mounting clamour from financial overseers. Beyond the G20 summit, finance ministers from the G7 club of advanced economies are likely to discuss Libra when they meet in France in mid-July.