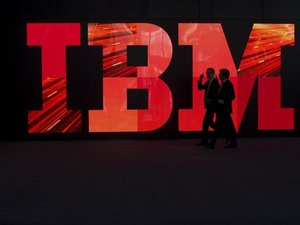 The EU's powerful anti-trust authority on Thursday cleared the buyout by IBM of open source software company Red Hat, one of the biggest tech mergers in history which the computing giant said would enhance its cloud offerings.

"The European Commission has approved unconditionally ... the proposed acquisition of Red Hat by IBM, both information technology companies based in the U.S.," a statement from the EU executive said.

"The Commission concluded that the transaction would raise no competition concerns," it added.

The commission, the guardian of competition in the EU, took very little time to authorise the operation and has not demanded any concessions from the companies.

If approved by authorities worldwide, the tie-up will be the third biggest tech merger in history, according to CNBC. Red Hat said it was the biggest involving a software company.

Cloud computing refers to the delivery of computing services over the internet, including storage and software, and is considered fundamental to a highly connected world.

The EU's anti-trust teams have taken close looks at tech mergers, including Facebook's buyout of WhatsApp, in which the social network was fined in 2017 for failing to provide correct information.

Brussels' bans on mergers are extremely rare: since the arrival of European Competition Commissioner Margrethe Vestager at the end of 2014, there have only been six.

Once known primarily for its computer hardware, IBM has made cloud computing a priority in its growth strategy, like Amazon and Microsoft.

Red Hat will continue to operate as a separate unit led by its current management team.

Founded in 1993, Red Hat launched its famous version of Linux OS a year later, becoming a pioneering proponent of the open source movement that arose to counter giants like Microsoft whose models were based on keeping their source code secret.

The Raleigh, North Carolina based company is today present in 35 countries and employs some 12,000 people, and is one of the best-known open-source players whose customers pay for tailor-made solutions.