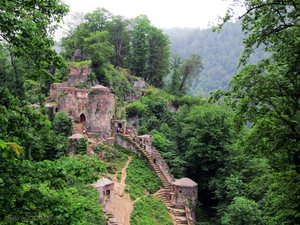 The ancient Hyrcanian forests in northern Iran run 530 miles (850 kilometres) along the coast of the Caspian Sea, according to the global body.

"Their floristic biodiversity is remarkable," UNESCO said, with some 44 percent of Iran's known vascular plants found in the Hyrcanian area.

The forests, which date back up to 50 million years, are also home to the Persian leopard and nearly 60 other mammal species, as well as 160 bird species.

They were just one of two natural sites added to the UNESCO list on Friday, the other in China, when the World Heritage Committee met in Azerbaijan's capital of Baku.

Iran's only other natural site listed by UNESCO is the Lut Desert in the country's southwest, which gained the status three years ago.

The Islamic republic also has 22 cultural sites on the World Heritage List, including the jewel of the first Persian empire Persepolis.