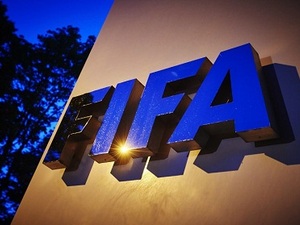 The FIFA Guardians toolkit has been put together after consultation with experts in the field from UNICEF and the Council of Europe, as well as campaigners who themselves were abused through their participation in sport as children.

Based on "five principles and five steps", the toolkit will be rolled out through a series of training workshops across all confederations.

"FIFA has a duty and responsibility to ensure that those who play football can do so in a safe, positive and enjoyable environment," said FIFA's general secretary Fatma Samoura.

"It will be a long road and it will be bumpy, but we are ready."

The development and implementation of the program comes after a series of abuse scandals.

British football has been rocked by revelations of a slew of historic sexual abuse cases since 2016.

More recently the former head of the Afghanistan Football Federation, Keramuddin Karim, was found guilty of sexually abusing female players and was banned from the sport for life by FIFA.

"While some member associations have well-developed policies and procedures in place, it is clear that many are just starting out on their safeguarding journey," said Cook.