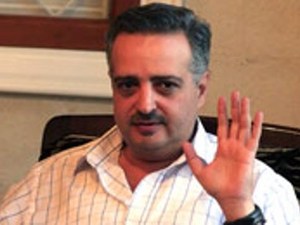 Lebanese Democratic Party leader MP Talal Arslan has agreed to hand over the wanted bodyguards of Minister Saleh al-Gharib as part of the efforts to resolve the crisis over the deadly Qabrshmoun incident, a media report said.

Arslan has told the relevant authorities that the bodyguards will be handed over to the Internal Security Forces Intelligence Branch on Thursday, Kuwait’s al-Anbaa newspaper quoted informed sources as saying.

“This will allow for the resumption of cabinet session as of next week and the demand to refer the incident to the Judicial Council will be dropped,” the daily added.

General Security chief Maj. Gen. has been leading a mediation effort to resolve the deadlock.

Two of Gharib’s bodyguards were killed and a third was wounded in a clash with Progressive Socialist Party supporters in Qabrshmoun. The minister escaped unharmed as a PSP supporter was injured.

The two parties have traded blame over the incident, with Gharib and Arslan describing it as an ambush and an assassination attempt and the PSP accusing the minister's bodyguards of forcing their way and opening fire on protesters.

myb u should also b handed over to authority...

Well its a good start the live body guards will be able to put the blame on the dead or others lol....

What a joke - "General Security chief leads a mediation" "Arslan has agreed to hand over the wanted".
General Security chief has to mediate in order to arrest gunmen.
How on earth can a political party leader delay the handing over of gunmen (even if they are presumably the guards of a minister) and get away with it.
He has surely prevented the due process of law and he himself should be arrested and charged.

The whole country and its leadership are a joke Phillipo. A banana republic at best....