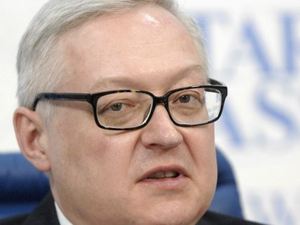 Russia on Thursday blamed Washington for the escalation in tensions with Tehran after Britain said Iranian ships had attempted to impede a British oil tanker in Gulf waters.

"The reasons for this are clear. This is Washington's deliberate, premeditated course to exacerbate tensions."

Kremlin spokesman Dmitry Peskov told journalists he was aware that "such an incident allegedly took place" but also of Tehran's denial.

"As before, we call on everyone to behave with restraint in the Persian Gulf in order not to exacerbate the situation," he said, calling for dialogue.

Britain said the confrontation on Wednesday saw three Iranian boats attempt to "impede the passage" of a commercial vessel called British Heritage, which is owned by British energy giant BP.

This led a British warship moving between the three boats and warning them off, UK defence ministry officials said.

The incident followed Britain's detention off the coast of Gibraltar on July 4 of an Iranian oil tanker allegedly destined for Syria.