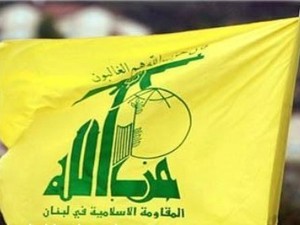 Hizbullah's parliamentary bloc said Thursday that U.S. sanctions targeting two of the group's members in the Lebanese parliament are spiteful and won't force a change in their ideology or views.

The U.S. Treasury Department said it is targeting two Hizbullah lawmakers and a security official suspected of using their positions to further the aims of the militant group and Tehran's "malign activities."

Although the U.S. has been cranking up the pressure on the Iran-backed group, it is the first time it has targeted sitting members of parliament.

Hizbullah has been gaining seats in Lebanon's parliament since 1992. The group and its allies won a majority in 2018 elections while Hizbullah secured three Cabinet seats, the largest number it has ever controlled.

The bloc said targeting its head Mohammed Raad and lawmaker Amin Sherri with sanctions is a "continued assault on Lebanon, its people and their choices."

"continued assault on Lebanon, its people and their choices."

as if the terrorist militia respects the people's choices!!!

If Kizb does not like sanctions why dont they simply abide by the law? We have a Lebanese Army and they should be part of what upholds the law not Kizb.